Treatment Type: Medications
Caregiver: Do it Yourself

Bufferin etc. (acetylsalicylic acid) is a non-steroidal anti-inflammatory drug (NSAID) which is buffered to protec the mucosal lining of the stomach.

NSAID's work mainly by preventing the formation of prostaglandins, hormone-like substances which trigger pain and inflammation. Prostaglandins are produced within the body's cells by the enzyme cyclooxygenase (COX).

In 1989 scientists discovered that there are two varieties of the Cox enzyme - which came to be known as COX-1 and COX-2. COX-1 is continuously secreted within the stomach and duodenum, and is important for maintaining a healthy stomach lining, normal kidney function and the clotting action of blood platelets. In contrast, the COX-2 enzyme is primarily found at sites of inflammation. The conventional, first generation NSAID's (aspirin, diclofenac, ibuprofen etc.) work by inhibiting both COX-1 and COX-2 enzymes. By blocking COX-2 they are effective in relieving pain and inflammation, but by inhibiting COX-1 they produce a much greater likelihood of gastrointestinal (GI) side effects including diarrhea, heartburn and ulcers.

Buffered aspirin for dogs is available and is formulated for animal size.

Not an NSAID of choice for pain management

Aspirin is mostly used as a blood thinner in dogs, it's a really old medicine (1899) which had immense value in the past, but it's newe...

Not the best choice

Pain and inflammation are by far the biggest problems in soft tissue trauma, given that none of the vital organs or major blood vessels...

Not the best choice

Aspirin is mostly used as blood thinner in dogs, it's a really old medicine (1899) which had immense value in the past, but it's newer ... 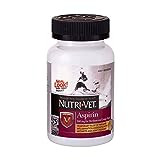 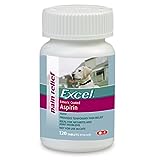 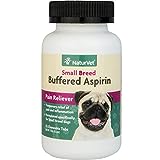